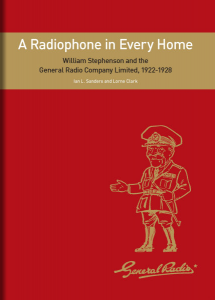 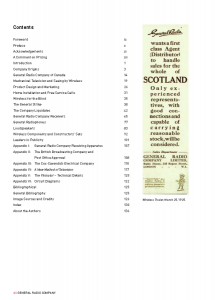 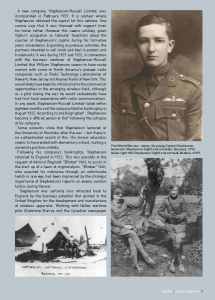 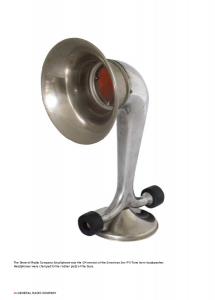 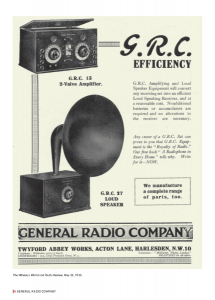 A Radiophone in Every Home

Broadcasting began in the UK in November 1922 with the formation of the British Broadcasting Company. Manufacturers wishing to supply radio equipment to the public had to first become shareholder members of the British Broadcasting Company. Literally hundreds of manufacturers, attracted by the huge market opened up by a broadcast service, started to offer wireless receivers. This book relates the story of one particular firm, the General Radio Company Limited. Its founder, Canadian engineer, William Samuel Stephenson, was a distinguished inventor and a canny businessman. He developed a system for the wireless transmission of pictures, and, with his colleague George Walton, took out patents relating to mechanical television, including one concerning the synchronising of the remote television receiver. Stephenson, himself, went on to achieve notoriety in later life for his services to the British and American Intelligence Services. The history of the Company provides a window on Britain’s early radio manufacturing heritage.

The book is filled with snippets of information uncovered by the extensive research of the authors and full of rare photographs of General Radio equipment, and numerous examples of their prodigious advertising output, itself notable for sheer number and variety of different layouts. This is a quality hardback publication.

The authors have been unsparing in their efforts to bring together promotional, advertising and technical material of the era, and the book is profusely illustrated with superb period reproductions. The colour plates are especially lovely. Chapters on Receivers, Components and Constructors’ Sets, Loudspeakers, Wireless for the Blind and Mechanical Television, along with useful appendices, bibliography and a thorough index make this a most useful reference work.

The book contains a well thought out blend of technical, non-technical and historical information, which will appeal to all readers interested in the early development of radio and television. The book contains a profuse amount of pictures, illustrations, diagrams and advertisements, all of which are of superb quality. All aspects of this book are first class. It does not get any better. Bottom line – highly recommended – two thumbs up!

I salute the authors for their exhaustive research, for the excellent layout of the book, and for painting a comprehensive picture of a small and relatively unknown radio company in such an interesting and informative way. This book has it all.