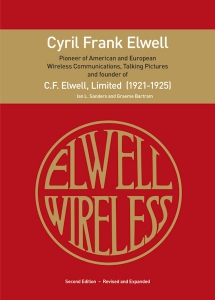 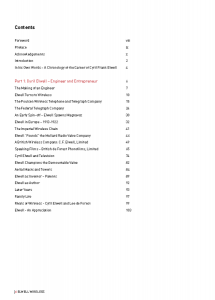 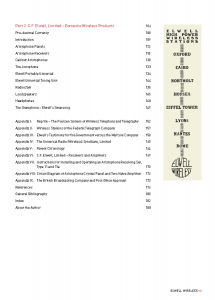 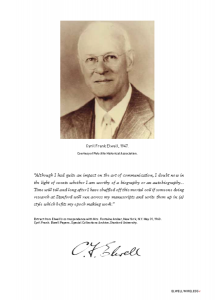 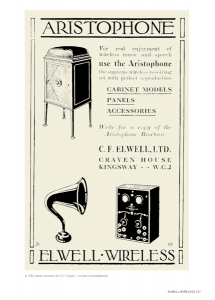 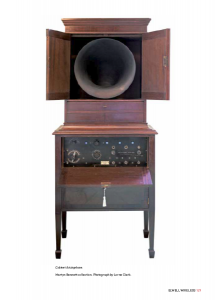 In many ways an enigma, Cyril Frank Elwell defies conventional typecasting. He was in every sense an international player. Born in Australia in 1884 to an American  father  and a German mother, Elwell received his engineering credentials from California’s Stanford University at the turn of the twentieth century. As an early pioneer of wireless communications, he split his time between the United States, Great Britain and Continental Europe.

Elwell’s professional contributions en-compassed long-distance radio transmission, domestic wireless, cinematics, radar tower design and more. But, despite a legitimate claim to world-class technical achievements, he received little recognition in his lifetime and has been largely forgotten since his death in 1963.

Drawing from primary source materials and with an emphasis on Cyril Elwell’s British enterprises, this book seeks to document the man, the organisations he founded and the technologies that he touched.

Ian Sanders has done it again with a smashing book, Cyril Frank Elwell, that echoes the style and content of his previous book, A Radiophone in Every Home. . . I cannot speak highly enough about this top-notch book. You will not be disappointed.

With this book Ian Sanders has given Elwell his place (in history). It is a beautifully produced volume, with a plethora of accessible technical detail, often from original documents. Any with even the slightest knowledge of radio history will find revelations galore in its pages. Illustrations and period photographs abound, and Elwell’s life is neatly woven into the larger picture of radio’s exciting early period.

Cyril Elwell had a difficult time obtaining national recognition for his pioneering work in wireless. . . Among Elwell’s papers at Stanford University is this extract from his correspondence: “Although I had quite an impact on the art of communication, I doubt now in the light of events whether I am worthy of a biography or an autobiography… Time will tell and long after I have shuffled off this mortal coil if someone doing research at Stanford will run across my manuscripts and write them up in (a) style which befits my epoch making work.”

Ian Sanders has done it, in style and at length, from widely scattered sources. He has written a detailed treatment of C.F. Elwell, Ltd. products, though curiously Elwell himself never mentioned that venture in his own manuscripts. It’s a handsome presentation and I found it fascinating reading.

Review of the Second Edition:

Cyril Elwell has not left many traces. Stanford University’s archives hold multiple drafts of an autobiography no one would publish. The Palo Alto Times carried a one-column obituary when he died in 1963. His name is on a plaque outside a house in Silicon Valley where, according to the inscription, other people did something that “led to modern radio communication, television and the electronics age.” It has taken Ian Sanders and Graeme Bartram to do what Elwell himself couldn’t manage through all those autobiographical fragments in the Stanford archives — piece together and publish a comprehensive account of the work and life of this important Australian link to the early days of Silicon Valley. . . Sanders and Bartram conclude that although not “a particularly deep-thinking theorist,” he was “visionary” – about continuous wireless waves, talking pictures and television. Efficient, cold even, in dealing with engineering challenges, he could be emotional in personal interactions and boardrooms. With “little tolerance for those who questioned his technical judgement,” he was, nevertheless, a “highly competent, practical implementer of engineering concepts,”