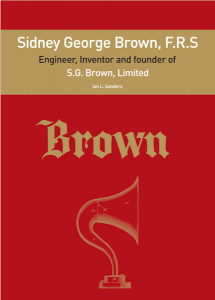 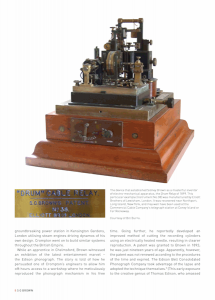 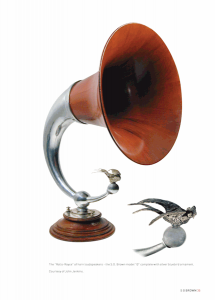 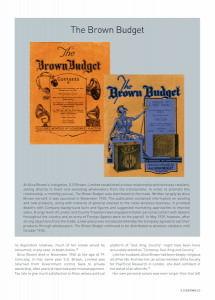 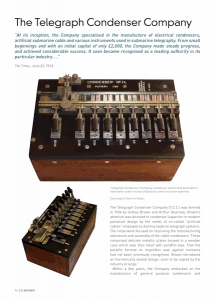 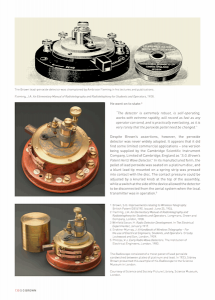 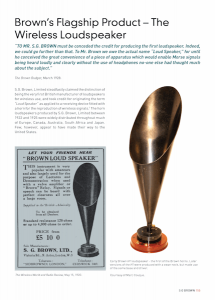 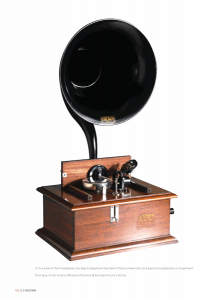 Sidney George Brown or S.G. Brown as he preferred to be known (he never used his first names) was a prolific inventor. Some sources have credited him with “over a thousand” patents, but that is an exaggeration. Nonetheless, the actual number was impressive – he was awarded some 170 British patents and a sizeable number in the United States, Canada and Europe. His talent was in the design of precision electro-mechanical apparatus for a wide range of applications. Brown’s technical interests spanned cable and wireless telegraphy and telephony, medical apparatus, gyro-compasses, industrial public address systems, military, commercial and domestic radio equipment and accessories. Among his many contributions, he is credited with introducing the first loudspeaker, not only the instrument, but the moniker itself.

A reserved, perhaps even an aloof individual, it is both his prolificacy and a preference for solitary pursuits which make him a difficult subject for the historian. Brown’s retiring nature has meant that the written record left behind – other than his patents – is surprisingly sparse. Possibly these factors at least partly explain why so little has been printed about the man or the respected company that bore his name. While it is true that he received credit during his lifetime – he was elected a Fellow of the Royal Society at the age of forty, and he mixed with the most eminent scientists of his day – few testimonials to his career can be found. This volume is an attempt to rekindle interest in his work.

This book is a very well presented hardback, dedicated to the memory of Sidney George Brown, F.R.S. The achievements of Sidney Brown and his wife that are so well articulated in this excellent, and seminal, book authored by Ian Sanders. . . I came away from reading the book with an excellent appreciation of the technical achievements of a gifted engineer, as well as the tenacity and astute commerciality of his wife – the latter even more remarkable given the accepted business norms of the time. Numerous beautiful illustrations really bring the book ‘alive’ – these include period advertisements, colour and monochrome photographs, stereoscopic photo pairs (just let your eyes ‘de-focus’ and enjoy 3D images from the 1920’s!), schematics, technical drawings, letters, patents and tables.

Prolific author & BVWS member, Ian Sanders, has produced a magnificent book on another of the early wireless pioneers. His latest book describes the life, achievements and tribulations of English engineer and inventor, Sidney George Brown, FRS. The hard-cover book, of over 250 pages, is beautifully laid out, with copious illustrations. . . Although I find the life stories of the early pioneers intriguing, I am primarily interested in their technology and products. Even from this perspective I found the historical section very interesting. S.G. Brown Limited was revealed as a true partnership, with Sidney concentrating on the engineering aspects, while his wife, Alice, effectively ran the company! The book is an outstanding piece of work.

Sidney George Brown, F.R.S. is the third book written by Ian Sanders featuring inventors who created successful British radio companies, received many patents in the field of electrical engineering, and developed products – many of which were used in communicating intelligence or other applications utilizing radio. Sanders chronicles the life of S.G. Brown, documents his most important inventions and products, and traces the history of the company that he formed in partnership with his wife, Alice, who actively managed the company. S.G. Brown, his wife, and their companies were so productive that it is hard to grasp the enormity of their work. Sanders does an excellent job relating the history of the company, describing the products, and providing high-quality photographs. Needless to say, many of the photographs throughout the book are in exquisite color and have great detail and clarity, characteristics common to images in all of Ian Sanders’ books. You will not be disappointed.